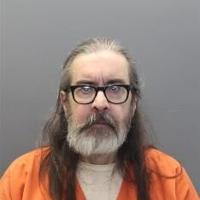 Martinsville man sentenced to life in prison
The death of Katherine White Likens occurred in 2017.

Robert Wayne Reynolds, 57, of the Western Virginia Regional Jail in Salem, was sentenced to life in prison without parole by Judge G. Carter Greer of the Martinsville Circuit Court on Thursday. Reynolds pleaded guilty in June to killing his ex-girlfriend, 53-year-old Katherine White Likens, of 103 Maple St. almost five years earlier. The day Likens was scheduled to appear in court to have a restraining order against Reynolds be made permanent, police found her battered body in a wooded area between Ellsworth Street and Cleveland Avenue. The Medical Examiner’s Office in Roanoke determined the cause of death to be blunt force trauma to the head. Reynolds was arrested two days after Likens’ body was found.