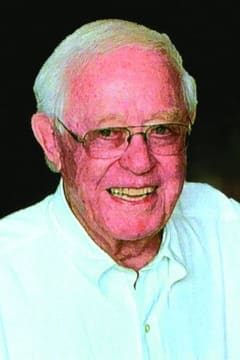 Bob White, 93, of Martinsville, Va. and Islamorada, Fla., passed away on Wednesday, September 14, 2022, in Martinsville. He was born on August 25, 1929, in Oakhill, W.Va., to Gorman Thurston White and Geneva Porterfield White. In addition to his parents, Mr. White was preceded in death by his son, Robert Charles White, who passed May 20, 2006.

After graduating from Martinsville High School in 1947, Mr. White attended Virginia Military Institute and Randolph Macon College where he was a member of Kappa Alpha Fraternity.

In 1951 he volunteered for the Air Force and served at RAF Fighter Base Manston in Kent, England. He was honorably discharged in 1956 as a First Lieutenant.

Mr. White earned his Eagle Scout with Troop 63 of the United Methodist Church. He was a member of the First Baptist Church of Martinsville.

A visitation will be held from 6 until 8 p.m. on Tuesday, September 20, 2022, at McKee-Stone Funeral Home Chapel. A private graveside service will be held at Roselawn Burial Park.

Memorials may be made to the Robert Charles White Scholarship Fund at Carlisle School, 300 Carlisle Road, Axton, VA 24054.

McKee-Stone Funeral Home of Martinsville is serving the family.