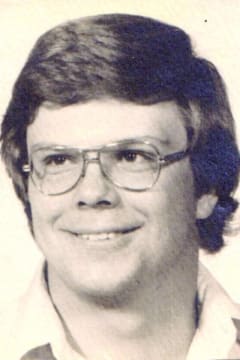 Stephen Russell Sides, 66, of Salisbury, Md., died on Monday, September 5, 2022, at Tidal Health Peninsula Regional. Born in Martinsville, Va., on December 4, 1955, he was the only child of the late Edith Davis Sides and the late Charles "Chuck" David Sides.

He graduated from Martinsville High School in Martinsville, Va. in 1974, Patrick Henry Community College in 1976, and James Madison University with a degree in History & Education in 1978. He taught at Broadway Academy, Osburn Park High School, Chincoteague High School in Chincoteague, Va., which is where he met Joyce. He also taught at Crisfield High School, Washington High School for many years, and retired from Greenwood Middle School in 2003. He was also an assistant football and track and field coach at each of the high schools where he taught (except for Crisfield). After retiring from teaching, he began a second career as a corrections officer at the Wicomico County Detention Center in Salisbury. He retired from there in 2018, due to his health.

In addition to his parents, Steve was preceded in death by his maternal aunt, Elizabeth Davis Oakley, in 1982; his paternal uncle, Harold Sides, in 2001; and his mother-in-law, Helen S. Groton, in 1997. He is survived by his beloved wife, Joyce Groton Sides; his special cousin, Katherine O. Earles of Martinsville. (He and Katherine grew up in the same home and were only 9 months apart in age). He is also survived by two other cousins, Connie Sides Birse (Gordy) and their family, of Renton, Wash., and Karen Sides LaRue of Trinity, N.C. and her family. He is also survived by his father-in-law, Elton W. Groton and his fiancee, Betty Taylor of Salisbury; his sister-in-law, Judy Skrip and her husband, Gary, also of Salisbury; brother-in-law, Michael Groton of Milford, Del., and many special friends.

Steve generously donated his body to science, in order for students (and science) to learn more about disease, especially about his many health issues over the years, including diabetes, cancer, and heart disease. There will be a Celebration of Life at Salisbury Bible Fellowship in Salisbury on Sunday, September 25, 2022, at 3 p.m. Anyone who cannot attend (for whatever reason) can watch the service via Facebook. (Go to Facebook.com, click on Salisbury Bible Fellowship, and log in.