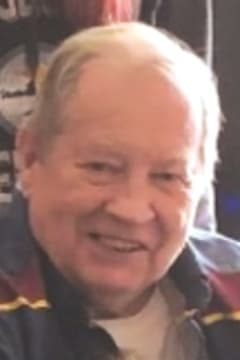 Wilbert Gene Ross, 74, of Meadowbrook Lane, Martinsville, passed away on Friday, September 9, 2022, surrounded by his loving and devoted family. He was born in Fries, Virginia, on November 3, 1947, to the late Herman C. Ross and Lorene Janice Dowling Ross. In addition to his parents, he was preceded in death by his twin brother, Gilbert Dean Ross.

Gene was a graduate of Bassett High School, served in the United States Navy during the Vietnam War, and was retired from Goodyear with 37 years of service. He loved to hunt and fish, and spend time with his grandchildren and great-grandchildren who devotedly referred to him as "Poppy."

The funeral will be held Monday, September 12, 2022, at 3:30 p.m. at Wright Funeral Service Chapel, with visitation thirty minutes prior to the service. Burial will follow in Fair Haven Memorial Park.